Home / Blog / What is food justice?

What is food justice? 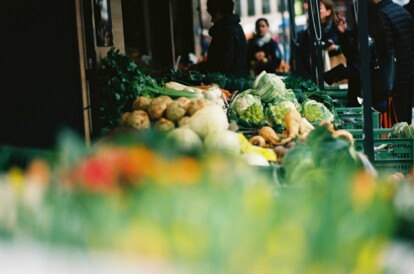 Wikipedia defines food justice as “a grassroots initiative emerging from communities in response to food insecurity and economic pressures that prevent access to healthy, nutritious and culturally-appropriate foods”.

It also advocates for the safety and wellbeing of everyone involved in the food production process.

The drive for food justice is about creating a sustainable food system where all humans have access to healthy food.

It is also concerned with addressing the structural roots that cause the disparities in the food system; roots that are closely tied to racial and economic justice.

Why is food justice necessary?

The United Nations reported in 2019 that enough food is already produced to feed everyone on the planet. In fact, there is enough food to feed 10 billion people, the world’s projected population peak by 2050.

And yet, more than 821 million people are currently considered to be “chronically undernourished”.

As we’ve reported in previous blogs, 70% of the world’s food is grown by two billion family farmers but half of them live below the poverty line and are especially vulnerable to food insecurity.

The origins of the food justice movement

The dominant global food system has been built on centuries of exploitation of people of colour.

The history of agriculture in the US exemplifies this.

As reported by the Aspen Institute, “the roots of the food justice movement go back to the founding of the United States”.

In the 1600s, the first agricultural workers brought to America from England were indentured servants who were promised free passage to the so-called New World if they would work as farm labourers when they arrived.

The demand for farm labour soon out-stripped the available workforce, so landowners and bosses expanded the African slave trade, creating an economy that was completely reliant on the labour of enslaved people kidnapped from Africa.

Slavery continued to be a legal practice throughout the US until the end of the Civil War in 1865.

Even after the abolition of slavery, many former slaves and their descendants faced institutionalised discrimination and worked in conditions that were not far removed from those they had endured as slaves.

As the farm industry grew, the US turned to workers from China, Japan and the Philippines. This was until the Chinese Exclusion Act of 1882, which banned Chinese workers from entering the US as immigrants.

As the Chinese workforce in America decreased but the US grain surplus and industrial agriculture burgeoned during World War One, the country recruited farm labourers from Mexico.

Fifty-six per cent of today’s US farm labourers were born outside of the US; workers of Hispanic origin, specifically from Mexico, make up around 57% of the workforce. Their wages are low, working conditions are poor and often unsafe, and a significant number of farmworkers are undocumented and unauthorised to work in the US. This means that they are afraid to report abuses for fear of deportation.

As such, inequality and segregation within agriculture continues unabated.

How the past creates food insecurity in the present

As we can see from just this brief timeline of agriculture in the US, food justice – or the lack of it – is closely linked to racial and economic justice.

Current statistics from the US reinforce this:

– One in five Latinos is food insecure, compared to one in ten whites and one in eight Americans overall

Communities of colour are often unable to access local, nutritious foods, even though they account for at least 69% of US farm labourers (some figures estimate more) – in other words, they are the very people who produce the food.

Some areas of the US are described as “food deserts”. To qualify for this description, an area must:

– In urban areas, have at least 500 people or 33% of the population living more than a mile from the nearest grocery store

– In rural areas, have at least 500 people or 33% of the population living more than 10 miles from the nearest large grocery store

The United States Department of Agriculture identified 6,500 food deserts between 2000 and 2006 alone.

Research suggests that many of these food deserts are in neighbourhoods that consist primarily of low-income minority ethnic groups with limited access to supermarkets – or transport to reach them – compared to wealthier, predominantly white neighbourhoods.

Even when convenience stores stock healthy, fresh foods, they may not be affordable (the price of fresh fruit and veg has risen by up to 91% over the last 30 years). Fresh food is also more prone to spoiling, which is a concern for anyone who needs to stretch their food budget.

Meanwhile, low-income neighbourhoods are often popular targets for fast food retailers and restaurants offering cheap but less healthy food. While the price of fresh food has risen sharply, ready meals are 20% cheaper than they were in 1990.

This can contribute to health crises such as high levels of obesity, heart disease, diabetes, cancer and more. At the same time, access to healthcare services tends to be limited in food deserts.

One aspect of food justice is addressing the institutional racial and economic discrimination that enable food deserts to exist.

We’ve focused a lot on the US in this article due to the origins of the food justice movement.

However, food insecurity is rife the world over and the same truths are repeated across continents. Too often, it’s the very people who produce food who face the greatest food insecurity.

As a result, food justice is part of a wider food movement that is gaining global momentum.

One major component of this wider movement is the fight for food sovereignty (we’ll be exploring this in more detail in our next blog).

As a quick introduction, food sovereignty is from and being driven by the global peasant movement, La Via Campesina, which represents 200 million farmers globally.

La Via Campesina defines food sovereignty as “the peoples’, countries’ or State Unions’ RIGHT to define their agricultural and food policy”.

– Access of peasants and landless people to land, water, seeds and credit

– The right of farmers and peasants to produce food, and the right of consumers to be able to decide what they consume, and how and by whom it is produced

– The recognition of women farmers’ rights as they play a major role in agricultural production and food.

In other words, food sovereignty is about returning the control of food to local communities, giving them the right to produce and consume before trading the surplus.

– Autonomy and objective conditions to use local resources

– Respect for cultural and climate diversities in every community

– International trade based on cooperation and compassion

It’s notable that disruptions in the industrial food chain caused by the COVID-19 pandemic may actually have helped to push the drive towards food sovereignty due to national governments being reminded of the importance of creating robust local economies.

You can find out more about organisations fighting for food sovereignty in the UK through Global Justice.

For the bigger picture about food sovereignty, La Via Campesina is a great starting point.

Food justice is often talked about in speciesist terms, focusing on the human cost of food inequality and what this means as a civil rights/social justice issue.

However, organisations such as the Food Empowerment Project work at the intersection of the animal rights and food justice movements, recognising that the rights of non-human animals must be represented if we are to achieve true food justice.

It isn’t just humans that are suffering as a result of the corporate food system. As we saw in our recent article – 7 reasons we urgently need veganic farming – our animal kin are suffering and being murdered on an industrial scale. This has far-reaching environmental consequences too.

In its entirety, food justice must recognise that all life on the planet is connected and require that healthy food choices be free of exploitation of all sentient beings.

Food justice and food sovereignty questions for us all

< How can everyone have access to healthy, nutritious and culturally-appropriate food?

< Who has ownership and control of land?

< Who owns or can access knowledge, technology and other resources, such as seeds?

< Are labourers fairly treated and fairly paid? Are their working conditions safe?

< What kind of food traditions are valued?

< How has colonialism affected the food system’s development?

< Have our animal kin been exploited?

This is a vast topic and we’ve barely scratched the surface.

How can we support food justice and food sovereignty to ensure that the food movement becomes a force for lasting change?

Our advice is to:

* Campaign for a community allotment/garden

Do you run a business that is involved in the food movements? Are you committed to selling products that are fair for humans, other animals and the planet?