The moral status of animals 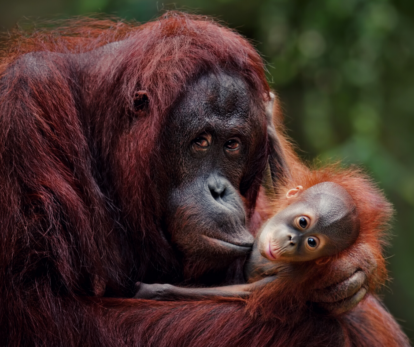 In our recent blogs about animal freedom, we’ve looked at some of the central topics that shape the conversation. So far, this has included speciesism and unlearning speciesist language, how the law sees non-human animals, the problems with domestication and the principle of equal consideration of interests.

A topic that comes up time and again in all of these articles is the moral status of animals – humans and others.

But what do we mean when we talk about moral status?

The Stanford Encyclopaedia of Philosophy says:

“An entity has moral status if and only if it or its interests morally matter to some degree for the entity’s own sake. For instance, an animal may be said to have moral status if its suffering is at least somewhat morally bad, on account of this animal itself and regardless of the consequences for other beings”.

People who take a speciesist standpoint will confidently state that only humans have a moral status that offers them protection from exploitation.

Those of us who reject speciesism believe that, while humans may differ in a number of ways from each other and other animals, this is not a reason to single them out as special. All animals deserve moral consideration.

Species is not a moral characteristic

It’s untrue that moral status protects humans from exploitation. There is still a clear hierarchy built on privilege and discrimination.

The reason so many of us believe that animal rights are a social justice issue is that the exploitation of non-human animals mirrors the attitudes and practices that are used to marginalise some humans, for example on the grounds of race, sex or sexuality.

Stealing people from their homes and families, trading them as commodities, forced servitude and imprisonment, denying their ability to feel pain or reason, forced pregnancies and taking infants from their mothers – these are just a few of the atrocities humans have committed toward each other. The same atrocities that are forced upon other animals.

An individual’s species is no more a moral characteristic than someone’s skin colour or reproductive organs.

Of course, those who have speciesist views will say this isn’t true. Humans, they argue, are separate from the rest of the animal kingdom because of how we conceptualise ourselves and the world around us. Other animals don’t seem to have this ability to look at the bigger picture and construct a moral system from it.

But is the ability to create a moral system the only thing that makes humans moral creatures?

Human exceptionalism is the view that humans are fundamentally different from all other organisms because our behaviour is controlled by culture and free will, and we create solutions to problems with a mix of ingenuity and technology.

Those who hold speciesist views believe that humans have distinct capabilities that should set them apart from being wronged. These capabilities include:

But if these are capabilities that automatically grant a being moral status, we can easily find examples of other animals who have these capabilities too.

Elephants, for example, have strong family ties; the young stay with their mothers for an average of 16 years (nearly the same length of time as a human child). Females remain with their family herd for their entire lives, while males may become part of a bachelor herd until they’re ready to look for a mate. It’s widely documented that elephants grieve when their loved ones die, a behaviour that indicates “advanced feelings” and social relationships.

We know that wolves and other canids are excellent social problem solvers who are sensitive to the feelings of others and tend to avoid conflict as much as possible. It’s even been observed that wolves with strong bonds will cooperate more closely and complete tasks for the benefit of a companion, even if the individual performing the task doesn’t stand to gain anything.

Various studies have shown that a number of different species, including orang-utans, gorillas and dogs are capable of abstract thinking. Ravens who were given the opportunity to spy on humans through a peephole changed their own behaviour when on the other side of the peephole because they were able to infer that someone might be spying on them. This suggests a capacity for paranoid, abstract thought and generalisation of their learning.

The list goes on and on. Are humans really as distinctive as many would like to believe?

The personhood of non-human animals

Those who hold speciesist beliefs only recognise humans as having personhood (“the quality or condition of being an individual person”).

The argument here is that we humans are self-aware, rational, able to define ourselves and reflect on if and when we should act on our impulses, as well as how our actions might have consequences and reflect on our moral identity.

Non-human animals, it is reasoned, are governed by their perceptions, desires and impulses. They might engage in conscious activities but they aren’t conscious of them in a moral sense.

As we mentioned in our recent blog about the equal consideration of interests, this is where the argument from marginal cases comes to the fore. If a being’s moral worth – their personhood – is determined by their ability to make a moral judgement then there are many humans who could be seen as not having personhood and, therefore, not being due moral consideration.

Where does that leave babies, young children, people with certain disabilities or illnesses, and so on? Even those who hold the staunchest speciesist views can agree that these individuals have moral status, so why not other animals?

Animal rights advocate and philosopher Tom Regan believed that, instead of looking at how humans and other animals differ, it’s easier to recognise our shared moral status in what we have in common.

In The Case for Animal Rights, he observed that all animals that are subjects of a life:

“want and prefer things, believe and feel things, recall and expect things. And all these dimensions of our life, including our pleasure and pain, our enjoyment and suffering, our satisfaction and frustration, our continued existence or our untimely death—all make a difference to the quality of our life as lived, as experienced, by us as individuals. As the same is true of … animals … they too must be viewed as the experiencing subjects of a life, with inherent value of their own.”

And most people, whatever side they sit on the rights and wrongs of speciesism, recognise that a life that has inherent value also has moral status.

Something humans and other animals share is the capacity to suffer.

For many animal rights activists, this is the crux of the issue. If a being is able to experience pain and suffering and would act, if free to do so, to avoid that suffering then we have to consider that being’s moral rights.

Many of those who favour arguments that humans are apart from the rest of the world in having exclusive moral status do so to justify the use of non-human animals in ways that cause discomfort, pain, suffering (mental and physical) and death – usually in the name of profit, palate pleasure or convenience.

But we have to remember that in the not-so-distant past and even today, people would exploit other humans for financial gain, reassuring themselves that the people being exploited were “lesser” in some way and lacking in moral status.

Social justice movements mustn’t ignore these parallels. Justice for all means justice for other animals too.

We have to be willing to examine the moral status of non-human animals and name the exploitation and suffering we see for what it is. None of these beings evolved to live and die in farms, laboratories or places of entertainment, disposable resources for human use.

Each being is a subject of a life and, as such, it’s impossible to deny their moral status.