Why youth-led activism is key to a better world 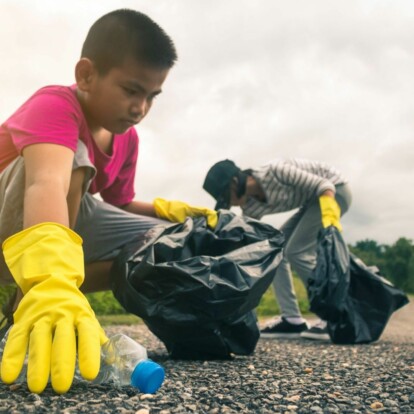 “This world demands the qualities of youth: not a time of life but a state of mind, a temper of the will, a quality of imagination, a predominance of courage over timidity, of the appetite for adventure over the love of ease.” — Robert Kennedy

Teenagers and young adults have always been drivers of social change.

Whether protesting the established order or furthering new ideas, youth (broadly defined as those in the age 15-24 category) has been at the front line of some of history’s most far-reaching social and political transformations.

From the young girls of the suffrage movement or black youths who led the Children’s Crusade of the Civil Rights Movement in May 1963 to the March for Our Lives movement to end gun violence, we don’t have to look far for examples of what young people can achieve when they come together.

There are many reasons why teens and young adults join social justice movements.

The most obvious is that they see the world they stand to inherit, with its many crises, and want a better, more equal future.

They are often disillusioned by the role that adults play in shaping the world and feel that their voices are not represented. With no-one adequately advocating for them, they choose to step up and speak for themselves.

While many adults see and stand against the injustices and struggles facing the world, it’s youth-led activism that’s growing at an impressive pace.

One theory is that it comes down to mental bandwidth. Adults are often so busy working and raising families within the established systems that they don’t feel they have the capacity to embrace activism.

Young people, on the other hand, have the time and means to explore social justice movements and challenge the status quo.

They are supported by larger social networks than adults, across which there is extensive sharing of ideas and beliefs. They have a sense of being able to work collectively and of being part of something greater than themselves, whereas adults may struggle to connect with like-minded peers.

In addition, young people use technology and media innovation to connect, spread information and motivate others to fight for change. They are curious and prepared to push the boundaries of what is possible, increasingly using digital tools to achieve this.

In the past, activism required weeks of planning, with newspaper ads or phone calls being the only way to connect with other people. Now, the rally to come together is almost instant, thanks to social media.

Why youth-led activism is so important

Young people have a moral authority that is widely respected in society. They haven’t yet been corrupted or jaded by the established systems. They ask difficult questions and expect honest answers.

When they speak on the public stage, people trust their motives because they’re not being paid to be there. They don’t represent anyone else’s agenda.

This means that young people can open up conversations that adults might find difficult to have among themselves.

In addition, teens and young adults have the space to truly commit to the things that they care about in a way that adults – even those who are politically active – typically can’t because of their daily obligations.

They don’t yet have careers or bosses or feel they have to filter what they say to be more socially acceptable.

Young people are constantly evolving, learning and overcoming barriers; this is integral to growing up. This means they are resilient and have a sense of invincibility that enables them to look for new solutions and bounce back when they hit an obstacle.

Today’s young activists have grown up with social media. They are experts at navigating this space and amplifying their voices to reach people throughout the world.

In other words, they are louder and more coordinated than has ever been possible before.

Greta Thunberg and Malala Yousafzai are two powerful examples of young people who have harnessed the power of social media in the name of change.

But behind the spotlight, there are tens of thousands of young people campaigning tirelessly for racial and gender equality, LGBTQ rights, climate justice, economic change and more.

Although there are some people (often those in power) who would prefer to disregard young people’s opinions because they’re not yet able to vote or contribute to the economy, the reality is that the teenagers and young adults of today will quickly become tomorrow’s leaders.

They will have to deal with environmental, social and economic crises long after the people who created them have gone.

Youth-led activism is a clear statement that young people deserve a say about what they will inherit.

Youth-led climate change movements that are changing the world

Throughout the world, youth-led social justice movements are asking for and driving change. It would be impossible to cover them all in this article.

Instead, we’ve put together a few examples of some of the key youth-led climate change movements with links to their websites if you’d like to find out more.

Zero Hour is “a youth-led movement creating entry points, training and resources for new young activists and organisers (and adults who support their vision) wanting to create change around climate change”.

The organisation believes in putting the needs and health of communities above corporate gain. It is campaigning for greater equity of marginalised communities and a transfer to renewable energy, as well as striving to hold elected officials accountable.

Fridays for Future is a youth-led and youth-organised global climate strike movement. It started in August 2018 when Greta Thunberg (then age 15) sat outside the Swedish Parliament every school day, demanding urgent action on the climate crisis.

Since then, more than 14 million young people have taken part in school strikes across almost every country of the world.

UN Secretary-General António Guterres endorsed the school strikes, saying: “My generation has failed to respond properly to the dramatic challenge of climate change. This is deeply felt by young people. No wonder they are angry.”

Extinction Rebellion is “an international movement that uses non-violent civil disobedience in an attempt to halt mass extinction and minimise the risk of social collapse”.

The organisation recognises that conventional approaches of voting, lobbying and petitions fail because it’s in the interest of those in power to prevent change. Instead, XR uses visible “above ground” means of protest such as marches, sit-ins and roadblocks to raise awareness.

In 2019, XR Youth was founded as an entity born out of Extinction Rebellion but separate from it. This group advocates for young people under the age of 30, all of whom will be directly affected by the climate and ecological crisis.

The UK Student Climate Network (UKSCN) is a group of mostly under 18s taking to the streets to protest the UK government’s lack of action on the climate crisis. In 2019, the group organised 850 demonstrations, including the September Global Climate Strike that saw over 300,000 people take to the streets across the UK.

How adults can support youth-led movements

Adults are often driven to change because they want their children and grandchildren to be healthy and happy.

Youth-led activism reminds us what we should care about and why.

So, as adults, how can we support youth-led movements?

Research published in April 2021 showed that adult activists may possess knowledge, experience and contacts that can help younger activists to make more impact. They can also offer practical support on legal issues or liaising with the police.

However, with any adult involvement, there is a danger that it will change the dynamics of a youth-led group and that adults may try to push their own voices and agendas, using the platforms younger people have built to do it. This has led to some groups parting ways with their adult supporters.

The research findings suggest that adult involvement in youth-led movements is most successful when the adults genuinely strive to empower young people.

One approach is for adults to view their role as temporary or advisory, arming young people with the knowledge they need and then progressively stepping back to allow them to self-organise and lead.

If you do want to get involved with a youth-led organisation but you’re outside of the demographic, ask them how you can support them. Most organisations have guidelines and resources about this.

Will these youth-led movements keep up their momentum?

Today’s conservative-voting “boomers” (born between 1945 and 1964) have become more right-leaning with time, even though they came of age during the social revolutions of the sixties and seventies.

Will the same thing happen to today’s activists?

It looks unlikely. According to a quote in Time from Matt Henn, a professor of social research at Nottingham Trent University in the UK, “People’s views on key values such as concerns over the climate emergency, support for investment in public services rather than privatization … are not necessarily going to dissipate over time. These are fundamental values that, research suggests, broadly stay with people into later life.”

The reality is that there’s a sense that the planet is hitting a tipping point, the moment of no return. Young activists know this and are working against the clock.

In the past, people were complacent. They saw climate change as an abstract concept for the future or one that it might only affect a few species. Young people today know better. They are seeing the effects of climate change, poverty, inequality and more with their own eyes.

The one hope is that this shapes policy and change for years to come.

And perhaps too, the younger siblings of today’s young activists will look to them as role models and rise up to continue the work they started.