Property or person: How the law sees non-human animals 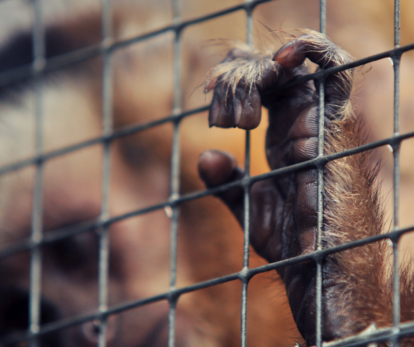 On 5th January 2022, Spain passed a new law that recognises companion animals as “sentient beings” and requires that they are considered as legal family members in the event of a relationship break-up. This means that the individual animal’s interests will be taken into account in the case of divorces and custody hearings and it’s no longer legal for pets to be seized, mortgaged, abandoned, mistreated or removed from one of their caregivers.

Meanwhile, in the UK, MPs read and debated the proposed Animal Welfare (Sentience) Bill for a second time on Tuesday 18th January 2022. It will now go to the Committee Stage to be reviewed line by line and potential amendments debated (the timescales for the Committee Stage have yet to be announced).

You can read a full transcript of the second reading of the Animal Welfare (Sentience) Bill here to understand more about what it might include.

Since leaving the EU, the UK no longer operates under European laws – specifically Title II, Article 13 of the Treaty on the Functioning of the European Union – that require farmed animals to be recognised as sentient beings. This has been seen as a major step backwards in the fight for animal rights.

If the bill is passed, it will ensure that the British government has to consider how its policies affect the welfare of sentient animals.

Of course, it’s not quite cause for celebration as these policies will still focus on welfare within the context of agriculture, scientific experimentation, sports and other institutions that exploit non-human animals.

Property or person? The contradictory nature of the human relationship with our animal kin

Human attitudes towards non-human animals are confusing and contradictory.

Many people see their animal companions as beloved members of their families, while happily accepting that other animals are eaten, experimented on or used for entertainment on a daily basis.

We rage against the unnecessary pain and suffering of some non-human animals who have been abused by humans and yet routinely use other animals in ways that could never be logically defined as “necessary”. For example, how necessary can it be to kill an animal for their skin or fur when plant-based materials that serve the same function are widely available?

And yet the idea of “necessary” suffering continues to be entrenched in how humans connect with their animal kin, as though suffering is inevitable and must simply be limited.

Professor of Law and Philosophy, Gary L. Francione, a leading advocate for animal rights, has written about this in numerous books and papers, including his 1996 article, Animals as Property.

In this article, Francione explains that our confused attitudes towards non-human animals are rooted in a long history of exploitation, cultural and religious biases, and the economic reality that the exploitation of animals is a multi-billion dollar industry.

The law facilitates this exploitation.

Most laws around the world give a non-human animal the same status as a table, chair or any other object that humans might own and use for their own purposes. In other words, non-human animals are legally viewed as “things”.

In the UK, for example, someone who steals a dog may currently receive the same punishment as they would for stealing a mobile phone. A judge would be expected to consider the dog’s monetary value to replace, not their value as an individual being or even as a companion.

Animal abusers may now be jailed for up to five years (a change hailed as stiffer sentencing), whereas someone committing fraud or defacing a statue could go to prison for ten years.

Although there are examples of non-human animals being set apart from inanimate objects in legal cases over the last 50 years, most of these cases have focused on how things like loss of companionship, sentimental value, usefulness, special characteristics or traits can be given a monetary value to compensate a human for their loss.

Sentimental value, in particular, has often been rejected in court cases – specifically around the death of a dog – because it’s seen as “as much a measure of the owner’s heart as it is of the dog’s worth” (Stettner vs Graubard, 1975).

Legal relations can only exist between two “persons”, not a person and an object or item of “property”. Property, Francione highlights, “cannot have rights or duties or be bound by or recognise rules”.

To date, this has been something of a guiding principle for lawmakers – if a non-human animal is incapable of recognising or being bound by rules or of stating their position then they cannot be given any kind of legal personhood.

Where this argument falls apart is that there are many humans who are non-verbal and/or incapable of recognising or understanding rights, duties or rules and yet they are viewed as persons by the law, even if someone needs to advocate on their behalf.

While humans and non-human animals have such widely different legal statuses, their interests will never be given equal consideration.

In Animals as Property, Francione explains that reform efforts have to focus on changing the property status of non-human animals to that of “persons” or “sentient beings” as a first step towards liberation.

This is why the law change in Spain is potentially so significant.

It, and the few laws like it in other countries, acknowledges that non-human animals have interests that have nothing to do with commodification and everything to do with individual preference and wellbeing.

Of course, the question is, how meaningful is a change in legal status in reality if sentient beings are still used and killed unnecessarily for food, for example, or viewed as sentient beings who are still human property?

The hope is that each legal recognition of sentience will give campaigners and activists something to build on.

Currently, animal exploitation is legitimised by legal systems throughout the world. By viewing non-human animals as property, the starting point is always a speciesist perspective that assesses the legal situation by what a human stands to gain rather than what the other animal in question stands to lose.

Non-human animals have little to no legal rights, other than that they should be free from “gratuitous suffering or death”.

But wording like this just serves to reassure the public that non-human animals are well treated, slaughtered “humanely” after living a good life and that there is no cause for moral concern.

Even “gratuitous” suffering and death, however we might define that (just how much does one have to suffer before it becomes gratuitous?), can be positioned as appropriate and justified if the law sees a non-human animal as a resource for humans to use.

As Francione says, “As long as the use of an animal is considered legitimate, almost anything that facilitates that usage will be deemed as necessary”.

We can see countless examples of this in society.

Animal farming, animal testing, puppy farms, zoos, aquariums, hunting (and the myth of hunters giving their prey a fair chance), non-human animals being killed for their flesh, fur or feathers – the list of ways we cause them to suffer unnecessarily is endless but, in most cases, the law says it’s acceptable.

Most laws throughout human history have been created to protect a human’s right to own property. To date, non-human animals have sat firmly in this category and there are many humans who will cling to their perceived right to “ownership”.

Universally changing the status of non-human animals to persons in the eyes of the law will require confronting the economic, religious, social and philosophical views that give humans dominion over all other life on earth.

While we could hope that improved, more compassionate animal welfare laws reflect changing attitudes towards our animal kin, realistically standards such as the Five Freedoms are more about protecting non-human animals as resources than safeguarding their interests.

There are legal experts pushing for reform throughout the world.

The Nonhuman Rights Project is the only civil rights movement in the US dedicated solely to securing rights for non-human animals.

One of their current principal aims is:

“To change the common law status of great apes, elephants, dolphins, and whales from mere “things,” which lack the capacity to possess any legal right, to “legal persons,” who possess such fundamental rights as bodily liberty and bodily integrity.”

“To develop local, national, and global issue-oriented grassroots and legislative campaigns to promote recognition of nonhuman animals as beings worthy of moral and legal consideration and with their own inherent interests in freedom from captivity, participation in a community of other members of their species, and the protection of their natural habitats.”

According to a 2019 article in the Financial Times, the Nonhuman Rights Project is focusing on great apes, elephants, dolphins and whales initially because their “emotional and mental abilities are best documented” to persuasively argue for legal personhood.

The Nonhuman Rights Project is currently fighting for Happy, a female Asian elephant who was captured in the wild in the early 1970s, to be released from a life of solitary confinement at Bronx Zoo to a sanctuary.

Happy is able to recognise herself in the mirror, something that is widely accepted as an indicator of self-awareness. As elephants usually live in tight-knit multi-generational groups, advocates recognise that Happy’s quality of life is severely compromised and does not reflect her individual interests.

Most people would agree that Happy’s current circumstances are morally untenable. However, legally, Happy is the “property” of Bronx Zoo and, as such, she has no rights.

Legal cases by the Nonhuman Rights Project have not been successful so far. However, in 2018, a New York judge, Eugene Fahey, did acknowledge, “While it may be arguable that a chimpanzee is not a ‘person’, there is no doubt that it is not merely a thing”.

While this is a small step in the right direction, it’s clear that there’s a long way to go to secure the rights of non-human animals. The first step has to be changing the legal status of our animal kin from “property” to “legal persons”.

As we understand ever more about other species’ cognitive and emotional complexity, it will become increasingly challenging for the law to ignore their interests, no matter how much they might conflict with human interests of ownership and commerce.