Home / Blog / Why the five freedoms are not enough

Why the five freedoms are not enough 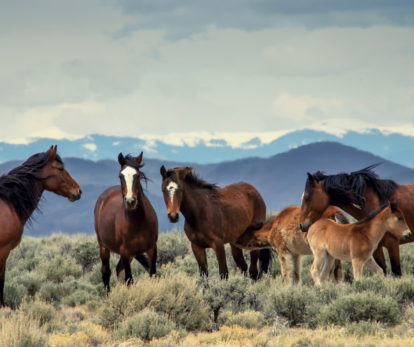 The human relationship with other animals – and our conduct towards them – is often defined within the framework of the Five Freedoms. Does a non-human animal in our care have food in their belly, access to water and shelter from the elements? Yes? Then, we tell ourselves, we’ve met our duty of care.

But are the Five Freedoms enough?

Is the avoidance of negative states such as hunger, thirst or being too hot/cold all it truly takes to make life worth living?

What use are these so-called freedoms if they don’t include fundamental freedoms such as freedom to live free from human oppression, to not be held in captivity or killed for ‘food’, of bodily autonomy, etc.?

And how can these ‘freedoms’ ever be enough when they are based on the assumption that other animals are here for human use, were developed specifically for animals in captivity and do nothing to prevent fundamental freedoms from being violated?

In today’s blog, we’ll be exploring these Five ‘Freedoms’ and why we have to do so much better for our animal kin.

How the Five Freedoms originated

The book had a profound impact on public opinion, causing a growing number of people to question how non-human animals live and die within the industrialised food and fur systems. Harrison’s work led to various legal reforms, including the Treaty of Amsterdam (1999), which recognises farmed animals as “sentient beings”.

With some of the ugly truths about intensive farming in the public domain, people began to consider how farmed animals could be assured a basic standard of welfare before being “humanely” slaughtered for food.

In 1965, the British government appointed a committee, chaired by Professor Roger Brambell, to investigate the welfare of farmed animals further. Brambell published an 85-page report featuring the committee’s recommendations, the main one being that all farmed animals should have “the freedom to stand up, lie down, turn around, groom themselves and stretch their limbs”.

These recommendations were known as “Brambell’s Five Freedoms”.

What are the Five Freedoms?

That same year, in response to the Brambell Report, the UK’s Farm Animal Welfare Council refined and expanded on these Five Freedoms to establish the basic standards of care required for farmed animals.

They state that farmed animals should have:

Over time, people adopted these “freedoms” more widely to describe the standards for the treatment of all non-human animals under the control of humans.

Today, many organisations, sanctuaries and charities, including the American Humane Society, for example, describe the Five Freedoms as “the globally recognised Gold Standard of animal welfare”.

But a growing number of people are asking, do the Five Freedoms truly represent the Gold Standard for how humans should treat their animal kin?

At their core, they serve to entrench the belief that non-human animals are there to be used for human purposes.

A closer look at the language of the Five Freedoms

If we dissect the language used to express the Five Freedoms, it seems positive at first glance (if you are prepared to overlook the fact that they’re talking about sentient beings held in captivity). All five points begin with the word “Freedom” and isn’t the right to freedom at the heart of all rights’ movements?

But if we look a bit closer, four of the Five Freedoms say a non-human animal in human care should have freedom from something. In this case, freedom from hunger, discomfort, pain and distress.

These are all negative states or feelings.

The Five Freedoms assume that the absence of (or “freedom from”) negative states is all that’s needed to ensure a high level of wellbeing. The implication is that if humans can minimise the suffering of non-human animals in their care then they’ve done well.

But surely, it takes more than the absence of suffering to make life worth living?

When talking about humans, most of us would agree that we need more than just enough food or protection from the weather to fulfil our needs. We need relationships, activity, challenges, variety, autonomy, choice and so much more.

There is a vast chasm between existing without suffering and actually thriving.

Ethical stewardship of other animals has to be about more than minimising negative states or saying, “We’ll do what we can to make your existence tolerable while we use you for human gain”.

It surely has to centre on enabling non-human animals to live free from human oppression and exploitation in or as close to their natural state as possible.

It’s this belief that’s at the core of the anti-speciesist and animal freedom movements. It can never be morally right to oppress or exploit another sentient being.

“Freedom from” vs. “Freedom to”

The concept of freedom has been hotly debated by humans since the dawn of civilisation. What is freedom? Can any being ever be truly free? Are we slaves to our instincts or to the needs of our social groups?

The 18th-century philosopher Immanuel Kant believed that there are two states of freedom: freedom from and freedom to.

Freedom from, he stated, is the absence of external obstacles that prevent you from doing what you want.

Kant believed that freedom from and freedom to are both essential characteristics of a society that prioritises the rights of all populations.

At last, people are thinking about these wider definitions of freedom within the context of how we treat non-human animals.

Some examples of the “Freedom to” ethos

A growing number of organisations such as sanctuaries and conservation programmes are asking, how can we ensure that the non-human animals in our care have the freedom to…?

– Act out most of their natural behaviours

In December 2021, the Donkey Sanctuary in the UK announced its Freedom to Roam Project, which aims to give the donkeys in its care greater choice about how they fill their days, including what they eat and where.

Dogs 4 Rescue is a kennel-free rescue centre where the dogs, many of whom are former street dogs, are free-roaming and rehabilitated from within the safety of a large, well-balanced social group. Here, they can relax in the sun or find a comfy sofa indoors; they’re free to dig, forage, climb, jump, explore, play and form meaningful bonds.

One of our directory members, Kindred Spirits Care Farm is a vegan farm where plants and animals live in harmony with minimal human intervention that’s done in as natural a way as possible.

Worldwide, a growing number of behaviourists are encouraging people to redefine their relationships with their animal companions. Concepts such as cooperative care and consent-based touch are gradually making their way into human homes and giving dogs, cats, rabbits, guinea pigs and horses, for example, a choice about who touches them and when.

These are just a few examples of how people are seeking to move beyond the Five Freedoms into a more equitable and respectful relationship with other animals.

Hopefully, we’re seeing the beginning of a meaningful change in how humans treat their animal kin.

However, conversations about the Five Freedoms or even the more progressive Five Domains (a model that acknowledges how important health, environment, nutrition and behaviour are to a being’s mental state) are still focused on animal welfare.

Animal welfare seeks to improve the treatment of non-human animals and their wellbeing from what is typically a speciesist standpoint, i.e. how can we provide as much enrichment as possible while still using the animal in question to meet the needs of humans, be it as food, entertainment or companionship?

Animal rights, on the other hand, seek to ensure that all non-human animals are recognised for their inherent value and afforded the same basic rights as humans on the basis of this. This means being free from confinement, free from bodily injury and free to direct and control one’s own life without fear, want or oppression.

We have to do better.