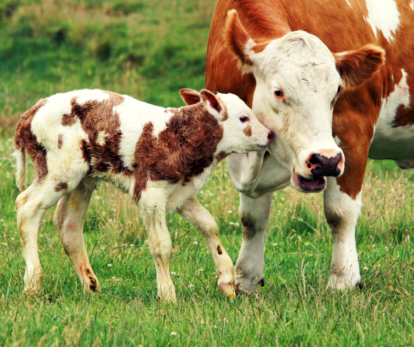 If speciesism is the belief that one species is better than others (most commonly expressed as human supremacy), then speciesist language is one of the ways in which this ideology enters and spreads through society.

The language of speciesism

As humans, we start hearing speciesist language from the moment we’re born. This ensures that we internalise the belief that humans are separate from and superior to other animal species.

We are taught, both directly and indirectly, that there’s a “natural order” that makes non-human animals a resource for humans to use.

The more we are presented with the myth of human supremacy as an indisputable fact, the more we’re able to justify the oppression and exploitation of our animal kin.

Speciesist language also stops us from seeing ourselves as oppressors.

Even people who view themselves as progressive and anti-oppression may struggle to be anti-speciesist. They often argue that human rights should always come before animal rights and that it’s morally wrong to compare speciesism to racism or sexism, for example, because it equates oppressed humans with oppressed non-human animals.

The implication here, of course, is that non-human animals are “lesser”, which is a speciesist view in and of itself.

Examples of speciesist language are everywhere; each society has its own variations.

In the English language, for example, one of the first grammatical rules that we teach children is, “A noun is a person, place or thing”. But what about non-human animals? Where do they fit in? If they’re not a person or a place, then does that make them a thing?

Look up the word “person” in Webster’s dictionary and the American English definition is “a human being, especially as distinguished from a thing or lower animal”.

We can only understand the concept of a “lower animal” if we accept the implication that a human being is the “higher animal”.

Even the word ‘being’ is loaded with meaning.

In an article on the blog, On Human Relations with Other Sentient Beings, sociologist Dr Roger Yates points out that ‘being’ is “a symbolic term of personhood denoting volitional and sentient forms of life with self-consciousness and with bundles of rights and obligations that are worthy of respect”.

The violence of speciesist language

Think too about the everyday English usage of phrases such as “Kill two birds with one stone”, “Flog a dead horse” and “There’s more than one way to skin a cat”. Each is an example of speciesist language.

Although these proverbs aren’t intended to be taken literally, of course, they are packed with violent imagery that normalises the suffering of non-human animals.

Hearing speciesist phrases throughout our lives makes the torture, suffering and murder of our animal kin at human hands feel inevitable. It also serves to emotionally distance us from the suffering of other species.

Other examples of speciesist language

We’re all familiar with phrases such as “disgusting pig”, “sly old fox” or “devious snake” and have probably used them to describe people unfavourably. But when we view pigs as disgusting or snakes as devious, it’s far easier to see them as something “other” and justify harming them.

As we’ve seen above, even the phrase “treated like an animal” is loaded with meaning, implying that a person was treated as something “less than human”. We all implicitly recognise that treating someone like an animal is short-hand for mistreatment and degradation.

Most of us are raised to see certain non-human animals as “friends”, others as “food” and some as “pests”.

There’s also the broad fourth category of “entertainment”, whether this means forcing a whale to live in a small tank and perform tricks in front of human audiences or pulling a fish out of water with a hook through their lip and struggling to breathe, just to throw them back again.

These divisions are reinforced by the language we use.

This language serves to create distance. It’s easier to ignore the fact that a pig is a sentient being with a rich inner life if we refer to them as “livestock” or even as cuts of flesh, such as “chops”, “fillets” or “loin”.

People talk about “harvesting” fish from fisheries, as if they are crops to be grown and cultivated, rather than living, breathing members of our animal kin.

Even subtle uses of language can help to embed an ideology such as speciesism. Phrases such as “laboratory animals”, “racehorses” or “circus animals”, for example, all define non-human animals by where we keep them, what we force them to do or how we use them. Their purpose comes before their species.

Describing a non-human animal as “it”

The word “it” is mired in speciesism. If we refer to a non-human animal as “it” (a thing) rather than “he”, “she” or “they”, the language encourages us to see an object rather than an individual being with rights to live freely, express natural behaviours and stay alive – all things non-human animals want as much as humans.

Even with non-human animals, we deem as “friends”, such as dogs, cats and other species typically kept as “pets”, many people refer to themselves as “owners”. Indeed, “pets” are referred to as “property” in a variety of laws and for insurance purposes.

Can we truly view someone as a family member if we also see them as our property? Ownership results in an entitlement that isn’t possible when we see ourselves as carers or guardians.

The definition of a “pet” is itself problematic – “a domestic or tamed pet kept for companionship or pleasure”. It’s the human who decides to keep the pet; the “pet” has little to no control over their circumstances.

Each of these examples is a subtle but powerful way to “other” non-human animals.

Speciesist language and the marginalisation of some humans

Speciesist language is widely used as a tool to help marginalise groups of humans for the purpose of control, manipulation and exploitation.

Women are often described as “cows”, “bitches”, “birds”, “foxes” or “fresh meat”; their genitalia is described as other animal species.

It’s a way of giving women inferior status in comparison to other humans, i.e. men.

For example, research from 2017 looked at the dehumanising conceptual metaphors used by four UK newspapers to describe refugees. This found that refugees were often referred to as “flocking” or “swarming” to the UK.

The word “flock” was often used to imply that refugees could be rounded up, herded and controlled to some degree.

Describing refugees as “swarms” served to paint these individuals as being potentially harmful, impossible to control and grouped together in large numbers.

These are just a couple of examples that highlight how speciesist language underpins other forms of discrimination.

This brings us back in a full circle to the beginning of this article.

In a 2015 interview with Peter Singer, George Yancy asked:

“Today black people are still fighting to be recognized as fully human, to assert that our lives matter. Historically, we have often been compared to non-human animals. On various occasions, President Obama has been depicted as a monkey. Obviously, this image is meant to degrade, and can only be understood against the backdrop of black people in the United State fighting against a reduction of our humanity. How can black people, on the one hand, reject the reduction of, say, Obama to a monkey, and yet be against speciesism?”

This is one of the main arguments used to show why speciesism cannot and should not be compared to racism or sexism.

How do you fight against humans being compared to non-human animals if you believe all animals are equal?

As Peter Singer replied, doesn’t the “greater intellectual difficulty lie in trying to reject one form of prejudice and oppression while accepting and even practising the other?”

Alice Walker, the African-American author of The Color Purple summed it up perfectly, “The animals of the world exist for their own reasons. They were not made for humans any more than black people were made for white, or women were created for men.”

To find out more about why speciesist language is a problem

This article has barely touched the surface of why speciesist language is problematic for humans and other animals.

If you’d like to find out more about anti-speciesism and how you can make a difference, these websites are a great starting point: