Home / Blog / What is food ethics?

What is food ethics? 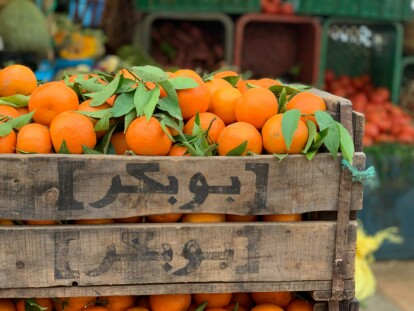 Food ethics or ethical eating is perhaps best defined as being “about the principles that dictate what counts as acceptable treatment of others in relation to food” (source: The Food Ethics Council).

In this definition, “others” includes humans, non-human animals and the planet.

Food ethics explores the moral consequences of our food choices.

There are the big, over-arching questions such as:

– Does the food we eat damage the environment?
– Have humans been exploited for a certain food to be produced?
– Have other animals suffered?

However, within these, there are many more specific questions (here are a few examples):

– Is it acceptable to destroy areas of tropical rainforest in order to produce cheap beef, soya and palm oil?
– Should the marketing of high fat, sugar and salt foods be more tightly regulated, particularly when aimed at children?
– Is single-use plastic packaging acceptable if it increases the shelf-life of a perishable item and reduces food waste?

As we can see, the need to create a more ethical, just and equal food system is complex and must represent many different perspectives.

The dictionary definition of “ethics” is “the moral principles that govern a person’s behaviour or the conducting of an activity”.

As humans, we concern ourselves with ethics in order to define our rights and responsibilities and blueprint our criteria for what is morally right or wrong in life.

In other words, food ethics is about making choices that we believe are good and right in relation to the food we eat.

But good and right for whom?

Arguably, we all make choices based on our particular ethical standpoint. People with completely opposing opinions might both argue that theirs is the ethical choice.

The Food Ethics Council dives deeper into this question, outlining what it considers to be the most ethical standpoint.

As it points out, conversations about food ethics have often centred on human beings alone, looking at the consequences of food choices on human individuals and communities, as if humans have the most intrinsic worth of any species on the planet.

Food ethics has to go beyond this

Ultimately, humans don’t live in isolation. The food choices we make have a ripple effect on our animal kin, ecosystems and the future of the very planet we all live on.

We have to consider food ethics above and beyond usefulness to humans, instead asking, “What is the fairest choice for humans, other animals and the planet?”

Food ethics is about listening to and advocating for every party with an interest in an issue. While non-human animals are often described as “voiceless”, the reality is that their voices are deliberately silenced or ignored. Their resistance to their exploitation is clear.

In our view, food ethics should recognise this, though more often than not it does not.

Food ethics should also take into consideration the interests of and our duty of care towards the natural world.

As discussed in our recent articles about how corporate power is shaping the food system and industrialised animal agriculture, the world is facing multiple health, welfare and environmental crises.

These are the concern of food ethics.

How can we change our course in a way that is fair to all life on the planet?

It will only be by putting food ethics at the heart of decision-making in the food industry that we will be able to create food justice.

How can we use food ethics to create change?

One of the main challenges of ethics of any kind is that it’s a field that operates in grey areas rather than black and white, empirical data.

This means that for every perspective, there are multiple other perspectives – some overlapping while others are completely at odds.

Throughout human history, there have been different schools of thought about what makes something ethical or morally right.

Is an act right if it yields the greatest amount of good or happiness for the greatest number, even if it causes untold suffering for a minority?

Should we consider the rightness or wrongness of an act without considering who it benefits?

Can an act be morally right if the person doing it is acting out of self-interest?

In a two-part article, Food ethics: the moral maze, Ralph Early, formerly Professor of Food Industry and Head of the Food Department at Harper Adams University, talks about the Ethical Matrix providing a relatively straightforward decision-support framework for food ethics.

1. The act itself: Is it morally good or bad/right or wrong?
2. The outcomes of the act: Who was harmed and who benefitted?
3. The character of the moral agent: Was the act undertaken by someone with a good moral character or otherwise?
4. The motive of the agent: Did the agent carry out the act with a morally-sound intention?

Using this framework, we might argue that, knowing our current food system is unsustainable and actively harming trillions of animals, entire species and ecosystems, it cannot be ethical.

Our role as ethical consumers or food citizens

From the exploitation of animals or human workers to the environmental and health crises we collectively face, many of us want to know how we can make a difference.

Is it possible to make ethical food choices when the corporate food system is so widespread and powerful?

As we’ve explored in a previous blog, one approach is ethical consumption, which recognises that we each have the power to influence business to be more sustainable, ethical and accountable.

As such, we must actively consider food ethics when choosing what to consume.

– Boycotting unethical brands
– Choosing organic produce as a rejection of GM crops or the widespread use of chemical pesticides and fertilisers
– Joining a local food cooperative
– Opting for items without packaging
– Buying local, in-season produce
– Adopting a vegan diet
– Not buying processed foods

However, a report from Fair Trade, Employment and Poverty Reduction Research, although carried out in 2014, highlighted that ethical food choices aren’t always as straightforward as we might think. The report concluded, for example, that research “rejects the hypothesis that there is a positive causal chain between Fairtrade certification and working conditions”.

Knowing that ethical food choices are not always clear cut, our best – and perhaps only – course of action is to keep researching and questioning the ethical commitments of the companies and people we buy from.

What are businesses doing to incorporate food ethics in their decision-making? We need to hold them to account.

We can also support the organisations that are working for food justice and food sovereignty and shout it from the rooftops when we find ethical brands.

Collectively, we can drive home the message that food ethics matter.

Do you run a business that has food ethics at its heart? Are you committed to selling products that are fair for humans, other animals and the planet?