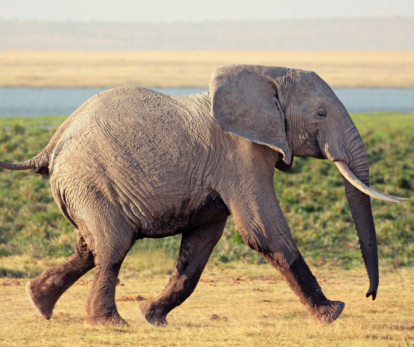 How many campaigns about animal resistance do we really hear about? It isn’t many.

Currently, the animal rights movement is run by humans for other animals.

Humans set the agenda, they decide what to prioritise and impose their views of what matters most to other species. Non-human animals aren’t given the main role in their struggles for liberation, so even the desire for freedom is couched within the idea that they’re dependent on human “saviours”.

It’s dangerously close to the tropes of the “white saviour” or the “knight in shining armour” and often puts the end goal as sanctuary with sympathetic humans rather than unfettered freedom.

In Fear of the Animal Planet: The Hidden History of Animal Resistance, historian and educator Jason Hribal asks us to consider animal resistance as its own kind of social movement, a force for change that we should look at in its own terms rather than trying to frame it within human social models.

But is this possible?

Some people argue that non-human animals are unable to tell us what they want so we have to advocate on their behalf using our own social movements as a guide. Equally, if humans are the oppressors, it’s humans who have to create change.

Also, as we humans have interfered with the natural world to such a vast extent, many other animals would struggle to survive without human intervention.

On the flip side, other people would say that many non-human animals are incredibly clear about their wants and needs if we would only pay attention to what they’re communicating. They are and have always been fighting for freedom.

As animal rights advocates, we must all consider how animal resistance should inform our work moving forward.

In recent blogs, we’ve explored some examples of occasions when non-human animals have resisted alone or collectively against exploitation.

These examples raise many questions in the context of how we advocate for animal rights and include:

As Jason Hribal concludes in Fear of the Animal Planet, we have to recognise when a non-human animal makes a pronounced statement about their captivity, learn from their statement and amplify it as advocates.

Hribal says that those industries that profit from exploiting other animals want us to believe that “they’re intelligent but not intelligent enough to have the ability to resist”. They also want us to care but not enough to ask how the individual animal might feel.

Perhaps this is why some of the most transformative animal rights campaigns of recent years have been the ones that put individual stories of animal resistance at their heart and made us care enough to take off our blinkers.

Campaigns centred on animals who have resisted

Campaigns by activists that focus on non-human animals who have resisted represent a promising avenue for activism that centres on other animals, not humans, and resonates powerfully with the public.

The two campaigns below have been hugely influential, forcing massive institutions within the entertainment industry to change their practices and reshaping public opinion:

Released in 2013, a documentary film called Blackfish told the true story of Tilikum, a male orca who was captured off the shores of Iceland at the age of two and spent the rest of his life in captivity at Sealand of the Pacific and, later, at SeaWorld, Orlando.

Although there have been no recorded cases of orcas in their natural habitat killing humans, captive orcas have killed four humans to date – Tilikum was responsible for three of those deaths.

The first death occurred in 1991 when a part-time trainer, Keltie Byrne, slipped and fell into a pool containing Tilikum and two other orcas. The three whales worked together to pin Keltie to the bottom of the pool until she drowned. They also prevented other humans from coming to her rescue.

In 1999, a SeaWorld visitor evaded security to enter Tilikum’s sleeping pool after the venue closed for the night. He was found dead the following morning with multiple wounds and injuries and had died by drowning.

Finally, in 2010, Tilikum pulled Dawn Brancheau, a senior SeaWorld trainer, into the water by her ponytail, bit her and then killed her by drowning and blunt force trauma.

Blackfish showed documentaries could be agents of change

The campaign and release of Blackfish focused on the above events and the broader consequences of keeping marine mammals in captivity.

It highlighted that orcas living in aquariums and forced to perform and breed to a human schedule show signs of trauma, stress, psychosis and high levels of aggression.

SeaWorld and its trainers claimed the documentary was inaccurate and pursued “a clear agenda”. Trainer Mark Simmons described SeaWorld as the “original ocean activist”, saying “they move more people to take action than all the proclaimed animal rights extremists combined”.

But the public disagreed. Blackfish had created negative publicity for SeaWorld and changed how people viewed marine mammal captivity.

WDC, Whale and Dolphin Conservation – the leading global charity dedicated to the protection of whales and dolphins – credits Blackfish with accelerating the public’s perception of the marine park industry as the “cruel circus that it really is”.

One year after the release of Blackfish, SeaWorld’s stock market price had fallen by 33%. Visitor numbers to the park dropped significantly and SeaWorld deployed an aggressive marketing campaign to focus on their role as orca conservationists. In 2016, SeaWorld bowed to public opinion and announced it would stop its orca breeding programme. The 22 orcas they held in captivity at the time would be the last generation to endure this fate (at least, at this particular venue).

Tyke was an African elephant who was born around 1974 and exhibited by the now-notorious John Cuneo and his Hawthorn Corporation.

As with all elephants used in circuses, Tyke spent most of her life in chains and/or freight trucks, being moved from town to town by train in between performances. She was brutally trained using dominance and violence.

The Save All Elephants campaign reports that when Tyke was just 15, “Canadian law enforcement reported that her then-handler ‘was observed beating (her) in public to the point the elephant was screaming and bending down on three legs to avoid being hit… Even when the handler walked by the elephant after this, the elephant screamed and veered away demonstrating fear from his presence’.”

Reports suggest that the handler was John Caudill (aka John Walker) who claimed he was “disciplining” Tyke after she attacked his brother. (Walker eventually lost his license to exhibit animals after soaking another of Hawthorn’s elephant’s feet in undiluted formaldehyde and then failing to treat the resulting burns.)

Living in fear of frequent, possibly daily beatings, Tyke had a history of violent outbursts and injuring people, and she had run wild on previous occasions, but Hawthorn continued to rent her out for public display.

In 1994, at the age of 20, she was in Honolulu to perform with the Circus International.

On 20th August that year, Tyke had simply had enough. As Save All Elephants explains, “At the end of the matinee, before a circus-full of horrified spectators, Tyke attacked her groomer Dallas Beckwith and killed her trainer Allen Campbell, and then bolted from the arena and ran through the streets of downtown Honolulu. She was on the loose for more than 30 minutes, and injured several other people including a local publicist, Steve Hirano, who – astonishingly – tried to hold a parking lot fence closed against her. She collapsed after local police fired 86 bullets into her. Reports said that it took nearly two hours for her to die”.

If you’ve read our recent blogs about animal resistance, you’ll know that Tyke’s story is not unique. It mirrors that of other animals who tried to escape captivity and a life of being brutally abused.

Tyke’s death caused a shift in public opinion, a legacy of awareness of the miserable lives of elephants forced to perform in circuses for our entertainment. According to Save All Elephants, “this awareness has fuelled an international movement to ban elephants and other animals from circuses, a movement that continues to grow in strength daily”.

Since 1994, numerous circuses, including Ringling Bros, have either stopped using elephants in performances or went out of business because they refused to bend to public sentiment against the use of elephants.

Currently, around 30 countries worldwide have a blanket ban on the use of non-human animals in circuses. Some other countries have bans at local and state levels (for example, in the US) rather than nationally.

Ten years after Tyke was killed, the Hawthorn Corporation was forced to relinquish all of its elephants. Sadly, it continued to exhibit and mistreat tigers until 2017 when the corporation finally went out of business.

While Tyke’s death was a tragedy that should never have happened, putting her experience at the heart of various campaigns has created change and will continue to do so until there are no more elephants performing in circuses.

These are just two examples of campaigns centred on animal resistance. They show that when non-human animals resist oppression, it disrupts human behaviour and makes us question the rights and wrongs of how we treat our animal kin.

We talked about the cows Emily and Queenie in a previous blog. When they escaped, people were horrified that they might be captured and sent for slaughter. They both so clearly wanted to live and the idea of consuming their flesh became repugnant to many humans.

These cows confronted people with the uncomfortable truth that every farmed animal murdered for their flesh would run for their life if they could, just like any human in the same situation.

There are still clearly many contradictions in human attitudes to animal resistance.

Escapee farmed animals are seen as “harmless” and people quickly get behind their individual stories. But, at the same time, they fail to connect with the bigger picture and the nameless billions who are also suffering. It’s this disconnect that enables humans to happily eat flesh for palate pleasure while rooting for individuals like Emily to escape.

On the other hand, so-called “wild animals” like elephants or tigers often face execution as punishment for their acts of rebellion, usually, because there’s a threat to human life – the speciesist conclusion to resistance. And yet, when people do finally feel empathy for these “wild” animals, significant changes soon occur.

Hopefully, Tilikum and Tyke’s tragic stories do highlight the need for a more empathetic and anti-speciesist response.

In their acts of resistance, these formidable beings – pushed to the brink by years of abuse and captivity – made some humans sit up and take notice of the injustice faced by their animal kin.

The animal rights movement must pay attention to each act of courage, of agency or expression of free will. As Jeffrey St Clair says in the introduction to Fear of the Animal Planet, “This is history written from the end of the chain, from inside the cage, from the depths of the tank”.