Home / Blog / Demand for vegan cafes and restaurants is rising

Demand for vegan cafes and restaurants is rising 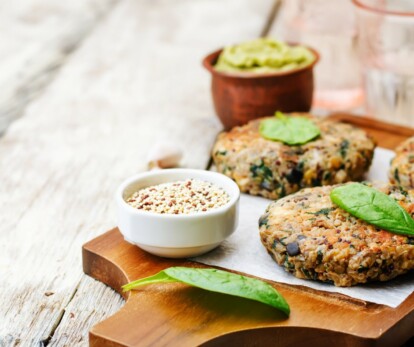 Throughout the world, there is a growing demand for exclusively vegan cafes and restaurants.

Ethically-minded consumers are increasingly committed to eating out at venues that not only sell vegan food but also invest in sustainability and environmental responsibility, as well as supporting local suppliers.

A snapshot of the vegan retail food industry

Gone are the days when being vegan was seen as a niche lifestyle choice.

It’s now estimated that around 79 million people – 1% of the world’s population – are exclusively vegan and 14% are vegetarian, while 44% of consumers overall are committed to reducing their meat consumption.

Stats suggest the global vegan food market will be worth $24.06 billion by 2025.

According to the Good Food Institute, the vegan retail food industry in the US grew by 27% over the last 12 months and is now estimated to be worth $7 billion dollars. In fact, plant-based food sales grew at almost 2.5 times the rate of all food sales between 2018 and 2020.

Nearly half of all vegans fall in the 15-34 age bracket, which would suggest that veganism will be a significant part of the world’s future.

What these stats mean for the hospitality industry

It used to be that vegans had to put up with a limited choice of salads and fries when eating out.

That simply won’t cut it anymore.

Consumers are turning away from meat in their droves due to concerns about:

Across the globe, there’s a growing recognition – something that vegans have known for a long time – that plant-based food can be packed full of flavour, exciting and healthy. There is no need to compromise choice to eat ethically.

The rising demand for vegan restaurants and cafes reflects this.

One debate that is sure to rage on for years to come is whether a restaurant or café should be exclusively vegan.

Some people want to see a mix of menu choices including meat and plant-based options. Restaurant chains such as Baskin & Robbins, Burger King, Denny’s, Subway, Pret a Manger, Zizzi and Pizza Hut are just a few of the household names now offer vegan meals on their menus.

As PETA points out, this ensures that omnivores get to see that vegan food can be just as tasty and convenient as their meat-based favourite meals. This may help to shift the tide towards less meat consumption.

Understandably though, a growing number of people want to be able to eat out at exclusively vegan restaurants – or vegetarian at the very least.

When a restaurant or café solely offers vegan food, there is a greater chance that ethical vegan practices are at the heart of the business and dining experience. The owner may have set up the business because they personally experienced a gap in the market when eating out and wanted to fill that gap.

It’s also likely that the owner and majority of customers are vegan and fundamentally disagree with how animals are farmed and killed. Many of us are passionate about not funding that industry. If a restaurant claims to be vegan but then sells meat-based dishes, surely this calls its values into question?

Talk to the manager of your local vegan restaurant or café

Of course, we have to do our due diligence. Vegan doesn’t automatically mean ethical.

Land workers around the world who harvest fruit and vegetables are often working for less than a minimum wage and may be exploited. Imported plant-based produce can be environmentally damaging.

It’s always a good idea to have a chat with the manager of your local vegan restaurant or café about their business.

Who are their suppliers? Do they support local farmers by buying food that’s in season?
What coffee do they serve? What is the provenance of the coffee?

Where can you find your local vegan café or restaurant?

As we might expect, the world’s major cities are leading the way when it comes to providing exclusively vegan cafes and restaurants but towns and more remote areas are stepping up to the vegan table too.

A quick online search should flag up the vegan cafes and restaurants in your area.

You can also find many vegan venues on the Happy Cow website and we’re working hard to build up a directory of vegan eateries here at Ethical Globe.

With the vegan market set to double in five years and some predictions that veganism may replace meat-based diets within the next century, it’s likely that we continue to see a rise in exclusively vegan cafes and restaurants.

We look forward to seeing this community grow.

Do you run a vegan café or restaurant? Or do you have a favourite vegan eatery that others should know about?

We’d love to feature this business in the Ethical Globe directory.