Home / Blog / Are You Struggling with Climate Anxiety?

Are You Struggling with Climate Anxiety? 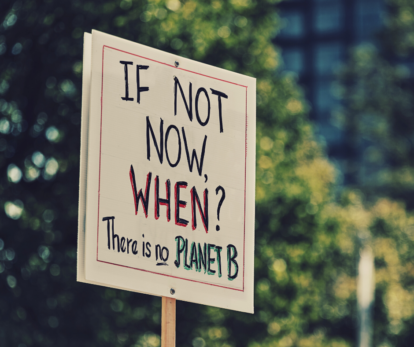 In September 2021, a landmark survey of 10,000 16- to 25-year-olds in 10 different countries found that 59% of respondents were “very or extremely worried about climate change”. Forty-five per cent of the young people surveyed said that they are experiencing climate anxiety severe enough to impact their daily lives, affecting their ability to eat, study and sleep.

Many of those surveyed described their feelings of climate anxiety as being ‘sad’, ‘afraid’, ‘anxious’, ‘angry’ and ‘powerless’.

Respondents from the Philippines, India and Brazil all expressed the gravest concerns about climate change, which is understandable as these areas are heavily impacted by issues such as deforestation, pollution, illegal mining, coastal erosion, biodiversity loss and much more.

Young people in Portugal – an area where wildfires are becoming increasingly severe – also expressed a high level of climate anxiety.

What is climate anxiety?

Climate anxiety or eco-anxiety is perhaps best described as distress relating to the climate and ecological crises we face across the planet.

It seems a growing number of people are experiencing climate anxiety. It’s often associated with emotions such as worry, fear, anger, grief and despair.

Some people are also plagued with guilt about their own contributions to climate change or they feel a sense of shame about being part of humankind and the role humans have played in creating the climate crisis.

In May 2021, a report from Imperial College London’s Institute of Global Health Innovation found that rising temperatures are linked to higher suicide rates and, perhaps unsurprisingly, that climate-related disasters such as fires, hurricanes and heatwaves cause trauma and depression.

Is feeling climate anxiety a privilege?

There are some that believe climate anxiety is a privilege, and it’s important to talk about why.

In the survey mentioned in the introduction of this article, six out of the ten countries that took part were wealthy western developed countries. The young people who responded all had internet access and a good level of education.

Where were the voices of young people working on the 608 million family farms around the world or the one in ten children subjected to child labour? What about people who have been displaced by deforestation?

Author Sarah Jaquette Ray wrote a book called A Field Guide to Climate Anxiety. In a follow-up article for Scientific American, she noted that although climate change disproportionately affects Black and Indigenous communities and people of colour, the people talking about and, specifically, researching climate anxiety are predominantly white and facing the possibility of an unliveable future for the first time – a prospect that marginalised communities have wrestled with for centuries.

In Sarah Ray’s words, “If your present is secure and you’re worried about the future, that is inherently a form of privilege”.

Because while white people might be dreading the future, many people of colour are living with the consequences of climate change today.

As politics and innovation writer AJ Dellinger points out in an article for Mic, many marginalised communities and Indigenous people “have had their land stolen and exploited, deal with more pollution, are displaced by extreme weather at a higher rate, and receive far less support to build back their communities after disasters”.

To make the distinction, climate psychologists often refer to worries about climate change that are rooted in experiencing a climate event first-hand as “climate trauma”.

As with climate change itself, there are those that are quick to dismiss climate anxiety as the worry of “snowflakes”, a derogatory term used to describe someone who is too vulnerable to cope with views different to their own.

When the preprint to the climate anxiety survey mentioned above was published, many of the comments about the research described it as “eco-biased” and “promoting hysteria”.

These attitudes can make it hard to find support when you’re struggling with eco-anxiety.

If it’s something you’re experiencing, it might reassure you to know that many psychologists agree that anxiety is an entirely appropriate and healthy response to climate change. Environmental issues represent a degree of uncertainty, unpredictability and uncontrollability, each of which feeds into a feeling of being powerless.

For some people, eco-anxiety is a catalyst for positive change, a kind of practical anxiety that drives them to look for more information and adapt their behaviour to be more environmentally conscious.

Where climate anxiety becomes a major threat to mental health though is when it’s seen as an ever-present psychological stressor. Human beings aren’t designed to live in a constant state of fight or flight, therefore, climate anxiety can have a devastating impact.

Approximately one in six young people now has an identifiable mental health problem, fuelled by issues such as job insecurity, food insecurity, financial insecurity and the imminent threat of irreversible climate change. It’s vital that this is taken seriously and that anxiety and other mental health issues are recognised as a natural response to these stressors.

What can you do if you are experiencing climate anxiety?

Climate anxiety is a very real phenomenon, and it’s understandable if it’s something you’re wrestling with.

As well as asking questions like, “What can I do to stop feeling anxious?” or “What can I do to save the planet?”, it’s important to think about who you are and how you’re connected to climate change, including whether you’re coming from a position of privilege and how that should inform what you do next.

It’s also vital to explore how to harness climate anxiety for climate justice and ensure that climate justice is informed by other social justice movements such as Indigenous Rights.

But what else can you do to calm your climate anxiety?

Here are a few tips:

Taking action can be a powerful antidote to climate anxiety. You can find many more ideas here on the Ethical Globe blog about how you can help to tackle climate change and live more sustainably.