What is vegan wine? 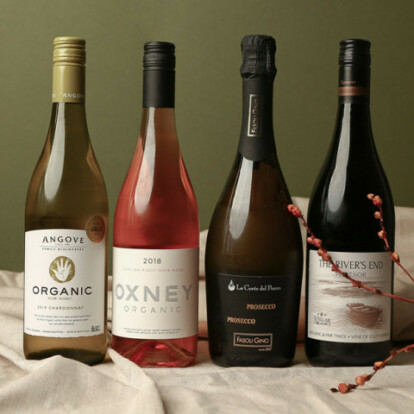 In this guest blog, Veo Wines talk about all things vegan wine, including what to consider before you enjoy your next tipple.

Given that wine is typically made from fermented grapes, you’d be forgiven for thinking that all wine is vegan, i.e. that it doesn’t include any ingredients taken from sentient beings or involve cruelty or exploitation of non-human animals in the wine-making process.

But you may be surprised to learn that some wines aren’t appropriate for vegans.

Most people enjoy drinking wine that looks clear and is free of sediment.

Winemakers achieve this using a process called “fining”. This is when a fining agent is added to the wine to attract and extract molecules such as tannins and heat-unstable proteins.

As we can see, none of these are vegan-friendly.

Fining wine is a cosmetic process; it’s more visually – and commercially – appealing if wine isn’t cloudy. However, given enough time, most wines will reach the state of clarity achieved with fining without any intervention.

Fining simply speeds up the wine-making process, saving money for producers. It can also help to remove bitter flavours from the wine.

This is an increasing number of natural winemakers who are trying to keep intervention to a minimum and believe fining interferes with the unique flavours in a wine. These producers are choosing to skip the fining process or use cold fining or natural decanting to achieve clarity.

Are there vegan fining options?

Of those producers who prefer fining their wine, more and more are choosing to switch to vegan fining agents, such as clay-based bentonite or activated charcoal.

Bentonite is effective at absorbing certain proteins that could otherwise affect the clarity and stability of a wine. Activated charcoal is great for removing some unpleasant odours from wine.

As producers look to move away from animal-derived agents, it’s now possible to use vegetable gelatin and other protein fining agents derived from peas and potatoes.

It isn’t always clear whether a wine is vegan.

Winemakers are not legally required to list ingredients on the bottle, although the EU, Australia, New Zealand and Canada do require animal-based fining agents to be declared on the label if the substance is above detectable limits in the bottled wine. This is because they are declared “allergic substances”.

In most instances though, fining agents are filtered out and may not be detectable, meaning they don’t have to be listed on the label.

Still, the fact remains that animal suffering has been a factor in the wine’s production.

Even wines that are vegan may not be labelled as such. This is because they are “accidentally vegan” rather than having been developed and marketed as a vegan product (a bit like Marmite, Hob Nobs or Mr Kipling Apple and Blackcurrant pies!)

Where can you buy vegan wine?

To be sure that a wine is vegan, you have several options:

– Browse supermarket websites – Waitrose, for example, has more than 600 wines listed as vegan on its website

– Search the Barnivore vegan alcohol directory of more than 54,000 drinks to see whether your favourite tipple is vegan

– Email the wine producer for their insights

– Buy from a vegan wine supplier such as Veo Wines – this way you can be sure you’re buying wine that contains vegan ingredients, uses a vegan fining process, organically grown grapes and organic wine production methods

Even if a wine is produced using vegan fining agents, there may be other ways in which the product is not vegan.

Is beeswax used to seal the bottles?

Is there a milk-based glue in the cork?

Again, a vegan wine supplier such as Veo Wines will have researched every aspect of the wine production process to guarantee the vegan credentials of a wine.

As we’ve seen, there are lots of vegan wine options available.

It’s great news that a growing number of winemakers are choosing to opt for vegan-friendly fining agents and organic production methods.

As demand grows, hopefully we will start to see clearer labelling for vegan wine.

In the meantime, we just need to do a bit of research to ensure that our drink of choice has not been fined, filtered or come into contact with anything that might have harmed or exploited our sentient animal kin.

You can explore the vegan wines available through Veo Wine at: https://veowines.co.uk/