Home / Blog / What is the circular economy?

What is the circular economy? 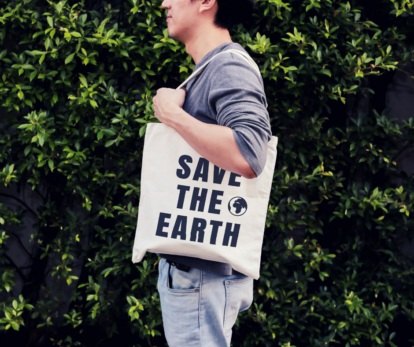 Since life on earth began, nature has worked in a circular way. Plants and animals live, die and return to the earth, nourishing the soil and enabling new life.

But humans have broken this cycle.

We have what can be described as a linear economy where we take resources from the earth, turn them into products and then dispose of them when we’ve finished with them, often in a way that’s harmful.

Some estimates even suggest that 99% of everything we harvest, mine, process, transport and consume is discarded within six months.

This economy eats into the planet’s finite supply of resources and, in many cases, produces toxic waste that will never break down to contribute something good to the soil.

The growing climate crisis illustrates that our current linear economy is unsustainable.

So, what can we do to change things and ensure that the materials we use benefit the planet rather than harm her?

The answer is to draw from nature’s example and create a circular economy.

The Ellen McCarthur Foundation has published this diagram to illustrate how the sustainable circular economy works.

The core principles are that a circular economy will:

– Design out waste and pollution – this means making products carbon neutral and free of harmful substances from the design upwards, as well as preventing structural waste such as traffic congestion.

– Keep products and materials in use – the economy favours activities that preserve value in the form of energy, labour and materials.

– Regenerate natural systems – the system aims to return nutrients to the soil and use renewable energy to improve the environment rather than just preventing more degradation.

As we can see, there are two types of materials in the circular economy: renewables (e.g. biological materials such as food, cotton or wood) and finite materials (e.g. metals or polymers, such as those used in electrical equipment).

These are each used by parts manufacturers, product manufacturers and/or service providers before being bought by consumers or end-users. This is often where the linear economy ends, with the consumers and end-users throwing an item away when it’s no longer needed or has broken.

The circular economy looks at ways to retrieve renewables and finite materials before they reach the point of becoming waste so that they can be returned to the start of the cycle and used for as long as possible.

Handling renewables in the circular economy

We often think of renewables or biodegradables as food but many other materials fit in this category too; wood and cotton are perfect examples.

With biodegradable materials, one approach is to consider how they can be turned into different forms and used differently to their original purpose to extend their life. This is a process known as cascading.

As we saw in a recent blog, the fashion industry is the second-largest industrial contributor to global warming. The circular economy asks us how we can reuse materials so they don’t end up as landfills.

With cascading, cotton that has been turned into a t-shirt could be shredded and used as cushion stuffing. It could then be stripped down further to make insulation material before finally being anaerobically digested (i.e. broken down by bacteria in an oxygen-free environment) to produce biogas.

When cascading isn’t possible, the circular economy would find ways to return renewable materials to the natural world where they can biodegrade and return their nutrients to the soil.

The linear economy has resulted in many of the world’s limited resources ending up in landfills. Where the raw materials may have taken billions of years to form, they are often manufactured, used and then discarded within a few short years (the average current lifespan of our electronic goods is just 4.5 years!)

As we can see from the diagram above, the circular economy prioritises recovering as many finite materials as possible and placing them back into the economy.

We might think of recycling as the ideal way to do this but it’s usually the last resort for handling finite resources in a circular economy. This is because, when something is recycled, some of its materials are invariably lost and there are labour and production costs associated with stripping an item back to its salvageable materials and turning them into something new.

A better option is for items to be maintained, repaired, reused or remanufactured before they have to be recycled.

Maintenance is ideal because it keeps finite materials being used at the level the product they’re in was designed to be used. If we can prevent potential issues from emerging through good upkeep then that’s fantastic. The next best option would be to repair products containing finite materials so their lifespan can be extended.

Many of us have products that we use once in a blue moon – electric drills, wallpaper strippers, steam cleaners or lawnmowers sit unused in our sheds and cupboards for months at a time.

Even something as simple as sharing items with our friends and neighbours would help to reduce the number of items bought and discarded.

We might also sign up for more formal arrangements such as leasing technology from manufacturers on a short-term or ad hoc basis.

Online marketplaces like eBay show that there is a huge demand for products to be circulated to and used by new users, either in their original format or with some enhancements.

Reusing is therefore an effective way to prolong the lifespan of finite materials.

Remanufacturing is the process of returning something to the manufacturer’s original factory specifications or even exceeding them. This is done by stripping the item down to its individual components, replacing them where necessary, and rebuilding from scratch.

The Ellen McCarthur Foundation gives the example of remanufactured car engines within a circular economy.

Currently, car engines are generally made to be replaced when they start to fail. Remanufacturing means an engine could be rebuilt two or three times (or maybe more) and perform at the same level as a brand new engine (here’s an article that explains the difference between reconditioning and remanufacturing in more detail).

Of course, this has financial ramifications for manufacturers. How will they make money if something can be remanufactured time and again? Right now, the economy is built on having to replace new for old when a product like a car engine fails.

Things will need to be built differently, making them easy to strip down to their individual components and then equally easy to rebuild. We’ll also need items to be bought and sold under different conditions. For example, we might lease cars rather than purchase them or pay for their use on a mileage basis.

Designing products for a circular economy

As we can see, an effective circular economy is all about moving away from the “take-make-use-waste” mindset and designing products and their components with a view to how they can be taken apart and reused multiple times in the future.

Currently, many objects are made in a way that combines renewables and finite materials and makes them impossible to separate and reuse. Polycotton clothing is a perfect example of this.

Within the circular economy, this would change.

In the linear economy, we are used to seeing ourselves as consumers, even of items that could potentially be reused.

The circular economy is about reframing this.

In fact, the only things we can consume are biological materials. The finite resources used in technical materials can’t be consumed, they can only be used.

If something can be designed to be used multiple times by multiple people over long periods of time then it would be more sensible to view ourselves as users or even borrowers rather than consumers.

In turn, this reframing helps us shift from wanting ownership to seeking access as and when we need something.

Can a circular economy be profitable?

But can a circular economy really be profitable? This is the question that a lot of businesses ask, having only ever functioned within a linear economy.

– Result in €1.8 trillion more in other economic benefits

The study took the six potential circular economy activities and explored how they could be implemented across 28 industries. The activities were:

The “take-make-use-waste” model of recent times is unsustainable. Adopting a circular economy is a necessity at this point, not a choice or – as some companies suggest – a sustainability “fad”.

Although humans have arguably squeezed a great deal of efficiency out of the supply chains in the linear economy, it’s clearly come at a cost, not least because nearly everything ends up in a landfill or incinerated. Each piece of waste represents lost value.

The circular economy is about retaining value at the same time as replenishing the planet. It will require new approaches to design, business models and supply chains but this offers incredible opportunities for collaboration and innovation.