Is veganism a protected belief? 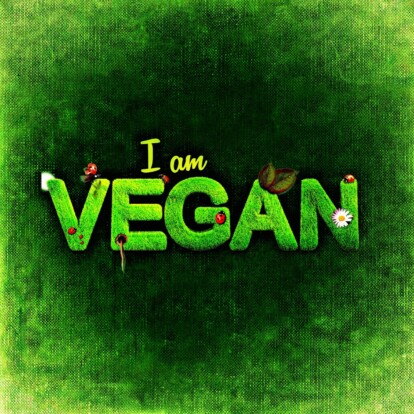 Have you ever been in a position where you felt pressured to do something, especially at work, that was in conflict with your deeply held ethical beliefs as a vegan?

What you may not know is that, in many countries around the world, ethical veganism (as opposed to following a vegan diet for your health or because you don’t like the taste of animal flesh) is a protected belief.

As such, it may well be illegal for anyone to force you to act against your conscience at work or when using public services.

What is a protected belief?

What does the term “protected belief” mean?

If we use UK law as an example, the Equality Act 2010 rules that all people should be treated equally and should not be discriminated against on the grounds of age, disability, gender reassignment, marriage and civil partnership, race, religion or belief, sex, or sexual orientation. These are known as protected characteristics.

Veganism for ethical reasons falls under the “religion and belief” category as a philosophical belief.

In other words, you shouldn’t be discriminated against or disadvantaged in any way because you chose to be vegan for ethical reasons.

The law recognises that when someone has a strong ethical belief, they may not be willing or able to act against it and that to do so would cause them great suffering.

For a belief to be protected, the claimant has to be able to show that it is cogent (i.e., clear, logical and convincing), serious, cohesive across all areas of their life, and that it is important, a central tenet to how they live.

In addition, the belief must be “worthy of respect in a democratic society, compatible with human dignity, and not conflict with the rights of others”.

Veganism as a protected belief

In early 2020, a man named Jordi Casamitjana hit the headlines when he won a landmark employment tribunal case.

You can hear Casamitjana explaining the case in his own words here. He realised his employers – League Against Cruel Sports, a UK-based animal protection organisation – were putting their employee pension contributions into pensions run by companies that were using animal experimentation and other practices that harm our animal kin.

As an ethical vegan, Casamitjana was not willing to help fund practices in direct conflict with his beliefs. He also felt that the choice of pension providers did not reflect well on the organisation he worked for. He took his concerns to his employers and was assured they would look into the problem.

Casamitjana continued to highlight the ethical issues with his employer’s pension plan to his managers and other colleagues until he was eventually dismissed from his job for gross misconduct.

The judge overseeing the tribunal ruled that ethical veganism satisfies the tests required for it to be a philosophical belief protected under the Equality Act 2010. As such, he ruled in Casamitjana’s favour, reasoning that the plaintiff’s actions were consistent with his beliefs.

This set a precedent for future cases where ethical veganism is the protected belief.

How ethical veganism is protected under European law

It’s not just the UK that protects ethical vegans against discrimination.

This Article sets out the right to freedom of thought, conscience and belief:

There have been a number of high-profile cases in Europe that focus on whether the rights of an individual vegan are protected, especially when in “conflict” with the rules of a large institution such as a hospital or prison.

In the case of Jakobski vs Poland, a prisoner called Mr Janusz Jakobski took his case to the European Court of Human Rights when he was denied the flesh-free meals he requested as a Mahayana Buddhist.

Jakobski was forced to rely on food parcels from his family for sustenance. His decision not to eat the meals containing animal flesh that were given to him by the prison was taken as a declaration of his intention to start a hunger strike, resulting in various penalties.

The European Court of Human Rights concluded that denying Jakobski of vegan meals did not strike a fair balance between the interests of the individual and the community as a whole. Vegan meals, it ruled, did not pose significant financial or organisational problems for the prison, therefore, the institution had breached Jakobski’s right to freedom of thought, conscience and belief.

Veganism is about more than food

Of course, an ethical vegan is concerned about more than the food on their plates, as demonstrated by Jordi Casamitjana, who we discussed above.

Vegans aspire to avoid participating in the commodification, exploitation and killing of our fellow animals in any way.

As veganism is a protected belief, ethical vegans working in public service – for example, police officers – should have the right to ask for uniform items that have not been made from animal skin, such as a belt or holster.

Students should have a protected right to abstain from dissecting dead animals in lessons if it’s in conflict with their beliefs.

In these cases, the institution must prove that catering to vegans is unduly disruptive or burdensome in order for a court to rule against the individual. In most cases, this would be difficult.

Is veganism a protected belief in the US?

To date, the idea of veganism as a protected belief doesn’t seem to have been tested legally in the US.

In 2019, the United States Congress introduced The Equality Act, citing the same anti-discrimination principles of the EU and UK legislation to prohibit discrimination based on sex, sexual orientation or gender identity in the workplace. However, this legislation does not cover philosophical beliefs.

There is an excellent article from Nicole Brugato at the Lewis & Clark Law School in Oregon about “Can veganism be legislated?”. This article explores the many challenges to getting veganism recognised as a philosophical belief rather than a lifestyle trend in the US. It also touches on what the current legal situation might be.

Veganism as a protected belief worldwide

It’s harder to determine whether veganism is a protected belief in other parts of the world.

There are various international treaties to which most countries are signed up that protect philosophical beliefs as a concept. Arguably, these would be the treaties that someone would turn to in order to establish veganism as a protected belief outside of Europe.

The ICCPR, in particular, covers the right to freedom of thought, conscience and belief, stating that everyone has:

Ethical veganism would be a protected belief under this rule.

The ICCPR also contains the right to:

Once again, these freedoms are permitted unless they conflict with public safety or threaten the freedoms and rights of others (this is why hate speech is not the same as free speech, as much as some people try to conflate the two).

We can see that veganism has the potential to be a protected right in every country signed up to the above treaties. However, only a local lawyer could give specific guidance for your country of residence.

What’s clear is that Jordi Casamitjana’s case was seismic in terms of establishing a legal precedent for veganism as a protected belief. Although the case was heard in the UK, where there is a growing openness to veganism, it will be cited in future cases throughout the world and hopefully, help to drive positive change.