Home / Blog / Fishes have feelings too

Fishes have feelings too 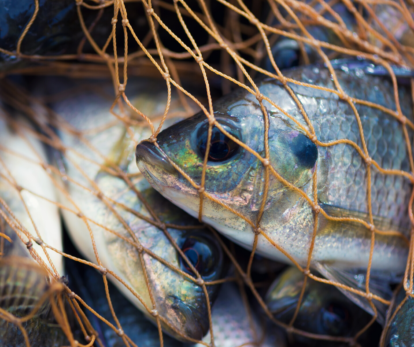 This remains one of the main drivers of animal rights/animal freedom movements today.

But, by and large, fishes are excluded from these conversations or only considered for conservation because they’re seen as a valuable food source for humans and other species.

We rarely consider the impact of fishing or other practices, such as keeping fishes in tanks, from the perspective of the fishes themselves.

Although debated for decades, the prevailing belief continues to be – despite a significant body of scientific evidence to the contrary (more about this below) – that fishes don’t have feelings and that they can’t experience pain.

Maybe it’s because fishes look and behave so differently to humans that we struggle to accept we might share common ground, not least the capacity to suffer.

This has made them, for most, fair game for entertainment, sport or food.

People who can’t imagine eating farmed animals for their flesh will happily consume a slaughtered fish, which is why a pescetarian diet is widely accepted. And those who claim to seek harmony with nature will spend hours with a fishing rod in hand and reassure themselves that they threw each caught fish back into the water alive, for now.

But if we follow where the science of fish sentience and pain takes us, it’s clear that we have to change how we think about and interact with fishes and incorporate them further into the animal rights movement.

Contemporary scientific studies over the past 10 years have established that, yes, aquatic animals feel pain. We know from these studies that bony fish:

It is indisputable that bony fish possess the brains, central nervous systems and all the receptors needed to experience pain. This has a clear purpose to alert the individual to a potential threat and help them to avoid death so that they can survive and pass on their genetic material.

While we can never ascertain for sure that they experience pain identical to that felt by humans, we can have a high degree of confidence that pain is experienced to some meaningful degree.

But do fish experience pain consciously? The science says yes, and it shows that fishes will actively seek to relieve their pain, suggesting that it causes them suffering.

In her book, Do Fish Feel Pain?, the late biologist Victoria Braithwaite discusses one study that illustrates this point. Likewise, another study by Lynne Sneddon at the University of Gothenburg. Other studies have shown fishes changing their behaviour in response to painful stimuli or even taking measures to avoid pain, such as refusing food from a source where the fish knew they would receive an electric shock.

Sentient to their suffering

John Webster, Professor Emeritus from the University of Bristol, said, “A sentient animal is one for whom feelings matter”.

Sentience is widely viewed as the ability to feel pain and suffer; learn from experience; make choices; feel joy, fear or misery; and enjoy the company of others.

Fishes clearly fulfil most, if not all, these criteria, meaning that they are aware of and experience their own suffering. As such, they are due our moral consideration.

Right now, an estimated one to three trillion fishes are killed every year for human consumption, with many experiencing “a slow and distressing death” that can be defined as suffering by anyone’s standards.

Fishes caught in trawl netting are pulled alive from the ocean, experiencing vast, stressful temperature shifts and then left to slowly suffocate to death. This process has been recorded to take between 55-250 minutes on average, but there have been accounts of flatfish slowly suffocating over a period of 10 hours after being caught in a trawl.

Some fishes are killed by a combination of suffocation and evisceration, having their insides “gutted” out of them while they’re still alive and alert.

Another practice is to rapidly chill live fishes using ice. This is done to slow the nervous system, but fishes are widely documented as being highly stressed and exhibiting “violent escape behaviour” when exposed to ice in this way.

It’s not just fishes killed for food in the wild or in fisheries that suffer.

Fishing for sport or as a hobby is one of the most popular outdoor recreational activities in the world. It’s estimated that 55 million people in the US participate in freshwater, saltwater and fly-fishing activities each year.

Angling (fishing with a rod and line) is the UK’s most popular pastime and an industry worth £3 billion.

The fishes that are caught for sport (or food) by hobbyists often suffer a slow and lingering death due to an incorrectly performed blow to the head or snap of the neck or spinal cord. Other fishes are left to suffocate in buckets of ice or have their gills cut open so that they bleed to death.

“Don’t worry, I put them straight back in the water”

Many countries now have “catch and release” regulations, requiring anglers to return any of the fishes they catch to the water to help stabilise the dwindling number of certain fish species in the world’s waterways.

Fishers who practice “catch and release” fishing will often say, “Don’t worry, I put them straight back in the water”, imagining that the fishes return, unperturbed, and carry on with their day.

Studies suggest this isn’t the case – in fact, approximately 40% of fishes who are caught and released die within six days of this experience.

There are several factors that cause this.

Fishes experience a stressful change in body temperature when they are pulled from the water, which can be fatal. In addition, they experience something known as “decompression sickness”, where the sudden change in pressure from a water- to air-based environment can cause their swim bladder to double in size, often fatally rupturing their internal organs. Death can be long and painful.

We also know that being caught (usually by a hook in the mouth), handled and returned to the water is an exhausting experience. Like stressed humans, fishes are flooded with “fight or flight” hormones such as cortisol and adrenaline in the struggle to survive.

The more stress a fish experiences, the harder they will find it to recover.

Handling a fish can damage the protective mucus coating that covers their scales, leaving the fish vulnerable to infection.

We also know, based on the numerous nociceptors in fishes’ mouths, that being caught on a hook must be incredibly painful. When anglers remove the hook, it can rip the fish’s throat and guts, making it impossible for them to eat and leaving them vulnerable to predators.

There is no kind way to fish.

A fish may not be able to answer a doctor’s questions, they may not be able to scream in pain, but this doesn’t mean they don’t consciously experience it. Scientific knowledge – indeed, knowledge of basic anatomy – shows us that fishes have a complex nervous system with all the nerves, neurons and receptors necessary to feel pain.

In addition, they show a capacity for emotional suffering and mental states such as depression. They make mental maps to avoid predators and recognise their social companions. They actively seek to avoid or relieve pain, even if it means going without food.

In one study, goldfish learned not only to operate a lever to access food but also that it would only work at certain times of the day, which they remembered.

Their inner lives are far richer than humans have previously been willing to imagine (not least because it would call into question how we treat them).

If we can accept that land-based vertebrates can suffer, even though they can’t tell us, we have to pay attention to what science tells us about what water-based vertebrates (and even invertebrates such as a squid, octopus or crab) can experience too.

Once we do that, it makes the suffering fishes experience at human hands frighteningly clear.